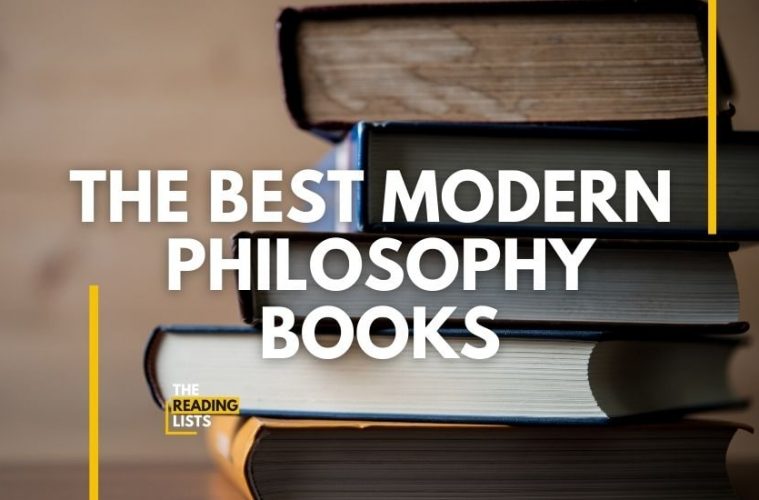 We’ve now explored both the most important philosophy books as well as the best philosophy books for beginners, however – naturally these lists are populated with books that are at least two or three times as old as I am.  With that in mind, I decided to set a challenge for some of the wonderful philosophers who I’ve had the pleasure of interviewing.  I have asked them to nominate the best modern philosophy books.

Deciding how to define ‘modern’ was tricky, as I know the word ‘modern’ in a philosophical context tends to mean anything roughly between 17th and 19th century, but that felt too easy of a challenge. So I settled on books that are less than ten years old.  What’s really great about this list is that there are books that perhaps don’t get the notoriety they deserve as being one of the best contemporary philosophy books.  So, before we begin our search for the best modern philosophy books of the 21st century, let’s meet our amazing panel… 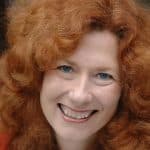 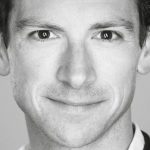 John Kaag is a Professor of Philosophy at the University of Massachusetts Lowell and author of American Philosophy: A Love Story. It is a story of a lost library, a lost American intellectual tradition and a lost person–and their simultaneous recovery. Part intellectual history, part memoir, American Philosophy is ultimately about love, freedom, and the role that wisdom can play in turning one’s life around. 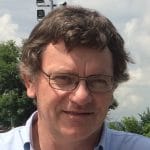 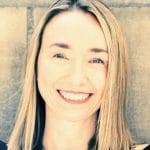 Skye Cleary is a philosopher and author who also teaches at Columbia University, Barnard College and the City College of New York.  Skye Cleary published her book, Existentialism and Romantic Love in 2015, and is also the Managing Editor of the American Philosophical Association’s blog, an advisory board member of Strategy of Mind, and a certified fellow with the American Philosophical Practitioners Association. 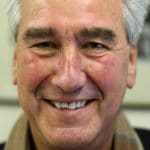 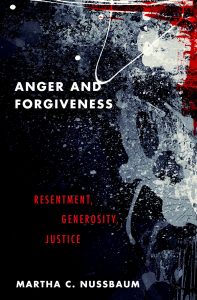 Nussbaum opens with the ancient myth of Oresteia in which the Furies – goddesses of revenge – hunt down Orestes, who killed his mother.  Athena intervenes and sets up a system of judicial law, but invites the Furies to temper their retributive anger and be part of the city.  They accept and transform from bloodthirsty vengeful creatures to being kind, just, and gracious.  Nussbaum delves from here into the depths of anger and, drawing upon Stoic ideas, proposes how we might think differently about forgiveness.

One of the key problems with anger is that it’s often about insecurity and status-injury, “And status-injury has a narcissistic flavor.”  It would be a lot healthier for society if we were to focus on deterring future wrongs, rather than seeking Fury-like payback – which is irrational and often just makes the situation worse.  It’s a book that has the potential to change the world for the better.

How To Live by Sarah Bakewell

Bakewell’s book, oriented around a number of existential questions in Michel Montaigne’s writings, is an extremely powerful way of understanding philosophy’s practical, personal and potentially transformative power.  Bakewell’s blend of philosophical meditation, historical survey, and intelligent self-help counteracts philosophy’s bad reputation of being divorced from the history and affairs of the world.   If you want to think through philosophy at its most inspiring and essentially helpful, you should read this book.

Conventional thinking about evolution takes notions like ‘organism’, ‘heredity’ and ‘reproduction’ for granted. Godfrey-Smith puts these ideas under the microscope. He explores a range of unusual examples, from bacteria to bee colonies, and uses them to show us what really makes natural selection work. This book opens up a fascinating range of new issues in the philosophy of biology.

Self-Knowledge for Humans by Quassim Cassam

My first choice is Quassim Cassam, Self-Knowledge for Humans: A lucid, revealing and engaging account of the many non-epistemic and non-rational factors that cloud our ability to know ourselves (and indeed others, and various states of affairs).  Cassam argues persuasively that we should start with the human predicament, not an unrealistic ideal of homo philosophicus.

Essays and Reviews by Bernard Williams 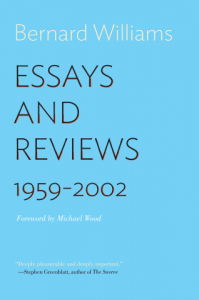 The immediate interest of this work rests with the assessments and evaluations of some the most important thinkers and works of the late 20th century, as provided by one of the most distinguished and influential philosophers of the same period. The range and ambition of many of the works and thinkers that Williams considers is very impressive – and includes contributions by Ayer, Chomsky, Skinner, Hampshire, Rawls, MacIntyre, Nagel, Nozick, Rorty, Mackie, Parfit, MacKinnon, and Dworkin (among others).

One disconcerting lesson to be learned from reading this collection of essays is that few, if any, works from the past decade stand up well against the standards set by Williams and his own contemporaries. Whether this is a sign that philosophy is facing some sort of decline or not each reader must judge for herself.

How To Be A Stoic: Ancient Wisdom for Modern Living by Massimo Pigliucci

My friend Massimo Pigliucci has written a fun-but-also-serious comprehensive book that updates Stoicism.  Admittedly, I was skeptical of Stoicism, but this book (along with Nussbaum’s) has changed some of my views because it shows that the philosophy is not all about resignation, indifference, and having a stiff upper lip.  Through the lens of the Stoic virtues – practical wisdom, courage, temperance, and justice – Pigliucci highlights how it can be applied as a force for good: not only helping people through difficult times, but also on a grander scale through social activism and criminal justice reform.

Holton reconfigures the traditional debate about akrasia, or ‘weakness of will’. In his view, previous work on this topic has run together two distinct notions that raise very different issues —acting against your better judgement, versus failing to stick to your resolutions. With the help of a wide range of relevant empirical studies, Holton uses his analysis to cast new light on topics such as will-power, temptation, addiction and free will.

Explorations in Ancient and Modern Philosophy by Myles Burnyeat

Experts and expertise have in recent years come under attack from a number of politicians and journalists.  While claims to expertise should always be scrutinized, these magisterial collections show why we should still treasure genuine scholars such as Burnyeat.  He covers an astonishing range  – logic, skepticism, the good life – and his perceptions are always informed, acute and illuminating.

Life After Faith: The Case of Secular Humanism by Philip Kitcher 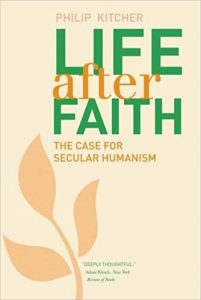 Kitcher’s book has the rare merit of advancing a short, readable but ambitious and insightful investigation into the challenges facing contemporary “secular humanism”. Kitcher aims to show that while most forms of orthodox religious belief may well be found “incredible”, there is still reason to resist “the now dominant atheist idea that religion is noxious rubbish”.

This book may be read alongside Charles Taylor’s A Secular Age (Harvard University Press, 2007 – which was published just outside the period that we are now considering). Taylor’s study, which is both (very) long and demanding, presents an erudite study of the rise of secularism and its implications for the future of religious life. There is a rather interesting contrast with respect to both the methods and conclusions of these two works, although they also converge on several important points.

How Physics Makes Us Free by J.T. Ismael

Modern science threatens human freedom. If everything is determined, how are we in control of our actions? (And if our actions result from quantum indeterminacy, is that any better?) I wouldn’t have believed that there’s anything new to say about this old chestnut, but Ismael has managed it. She doesn’t deny modern science but instead shows us how to understand it better. By appealing to contemporary theories of causation, she puts determinism in its place and shows how human agents can be real masters of their own destinies.

The Path: What Chinese Philosophers Can Teach Us About the Good Life by Christine Gross-Loh and Michael Puett 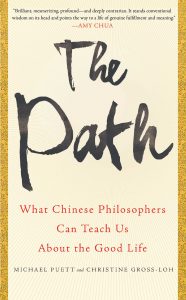 Another book that has updated ancient philosophy is The Path, which is an easily readable introduction to some eastern philosophies.  It’s also very much a practical modern philosophy book because, as the authors point out, many eastern philosophers were dealing with questions such as “How did our world become like this, and what can we do to change it?”  Confucius started with something even more humble: “How are you living your life on a daily basis?”

We are complex and changing beings who live in a messy world and, despite the title, there is no straightforward answer.  “The Way,” the authors say, “is the path that we forge continually through our choices, actions, and relationships. We create the Way anew every moment of our lives.”

Death and the Afterlife by Samuel Scheffler

The aim of Scheffler’s study is to assess the assumptions required for us to sustain our confidence in the value and worth of our lives. Scheffler defends the claim that “our confidence that there will be a collective afterlife is, to a much greater extent than a confidence that there will be a personal afterlife, a condition of other things mattering to us here and now.” In a decade when so much philosophy is “academic” and “narrow” (i.e. dry, dull, arcane, etc.), Scheffler’s engagement with a large issue that is of general human importance is refreshing.

Reinventing the Sacred by Stuart Kauffman

If metaphysics and epistemology are going to make strides in the coming century, I bet they are going to have to negotiate the terrain that Kauffman set’s out in this book.  What is creativity, and where does it come from?  Also, what are the origins of complexity and emergence?  What demarcates static death, from creative life, from utter chaos?  Finally, what is the sacred in this new age complexity studies in the natural sciences?  These are the questions that underpin this stunning work.

For my final selection, I am selecting Intelligent Virtue by Julia Annas as one of the best contemporary Philosophy books. Annas employs her extensive knowledge of both ancient and modern philosophy to offer a rich reworking of ancient notions of flourishing and virtue for the 21st century.  She examines the nature of practical reasoning to show how the exercise of the virtues can be part of (or even perhaps the whole of) a flourishing life.

Enjoy our list of the Best Modern & Contemporary Philosophy Books of the 21st Century?