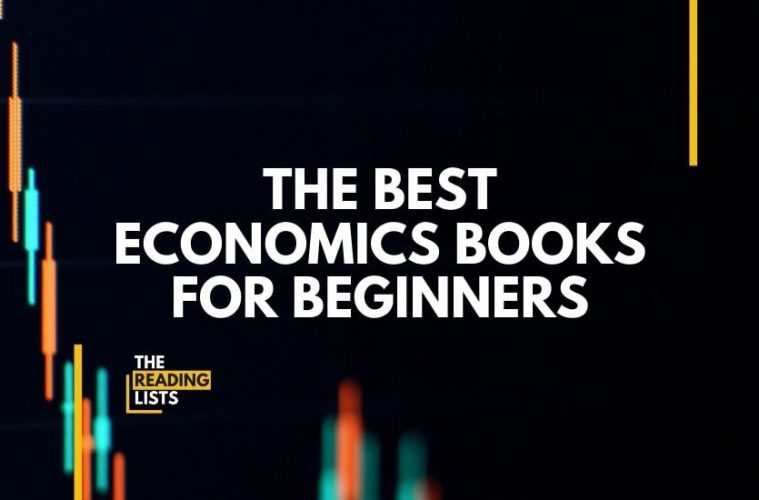 The Best Economics Books for Beginners

Having interviewed so many wonderful economists, I’m always envious of their impressive grasp on a topic that seems so complex. However, most lists of incredible books on the subject of economics mostly consist of books that are intimidatingly long. What I could really do with is a list of economics books for beginners. So guess what? That’s exactly what I set out to do! What makes a good economics book for beginners? It needs to be accessible, interesting, and broad. 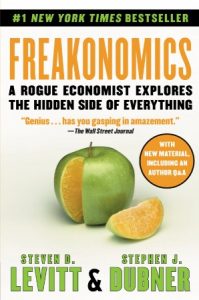 Freakonomics adeptly presents the fascinating and often counter-intuitive findings from microeconomic studies for a general audience. Each chapter describes a piece of economic research, such as why drug dealers live with their mothers. The insights from these studies introduce the reader to the role of incentives, among other aspects of microeconomics. Co-written by an economist and a journalist, it is an accessible book for beginners to become familiar with microeconomics. It is about how people and organisations interact with each other, that makes up one half of the economics field. The other part is macroeconomics.

The Cartoon Introduction to Microeconomics by Grady Klein and Yoram Bauman

The Cartoon Introduction to Microeconomics is a fun, engaging take on economic ideas – a kind of illustrated textbook and very well done. 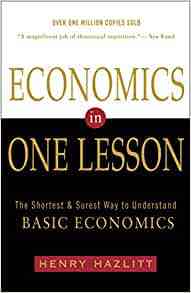 Economics in One Lesson by Henry Hazlitt

“Economics in One Lesson” was first published by Henry Hazlitt in 1946. True, the examples Hazlitt uses can’t but reveal the age of the book. And yet this short work in many ways is still an unsurpassed primer in economics. Economist Deirdre McCloskey explained that “economics is the science of the post-magical age.  Far from being unscientific or hoopla-hoo, it is deeply anti-magical.  It keeps telling us that we cannot do it, that magic will not help.” To me, no book epitomises that better than Hazlitt’s, which relentlessly points out the misconceptions behind the application of “magical thinking” to our material life, and the tremendous dangerous it can generate.

As the title suggests, this book literally summarizes all of economics in a single lesson, which can be stated very briefly: The good economist focuses not just on the short-run and obvious consequences of a government policy or event but traces out the long-run and unseen consequences as well. Then Hazlitt applies the lesson to numerous topics, such as the minimum wage, tariffs, and public works spending. Many readers still consider this the single best introduction to economics for the intelligent layperson. 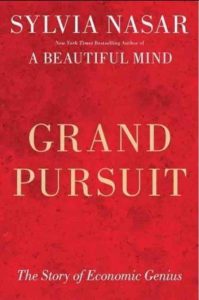 Grand Pursuit: The Story of Economic Genius by Sylvia Nasar

This is a wonderfully written series of portraits of some of the most famous economists, from Karl Marx to Milton Friedman. It weaves together stories of their lives with explanations of their ideas, showing the importance of historical context for understanding why they thought what they did. It also highlights how these great men and women studying society were human themselves, shaped by their personal experience and vulnerable to very human failings. It’s pretty long but worth the investment – it’s the book I most wish I had read before studying economics. 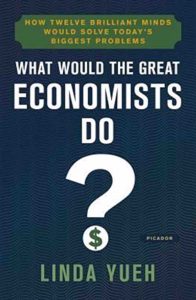 What Would the Great Economists Do? How Twelve Brilliant Minds Would Solve Today’s Biggest Problems by Linda Yueh

My book was written to introduce the economic ideas that have changed the world to a general audience, so although it is awkward to select one’s own work, it is an accessible introduction to macroeconomics. Macroeconomics is about how the economy operates and what drives growth and prosperity. This book makes this subject easy to comprehend by introducing the reader to the colourful lives of the great economists who had come up with the ideas that have transformed the way that we live and can help with our current challenges.

Each chapter tackles a big question in a bite-sized way, such as ‘do we face a slow growth future?’, so it is modular reading with short biographies of successful thinkers. It covers 250 years of history – starting with the Industrial Revolution in the 18th century all the way to how technology and the digital age affect our lives in the 21st century. 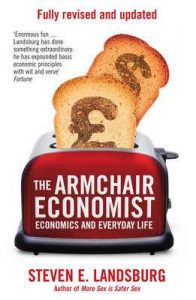 The Armchair Economist by Steven Landsburg

The Armchair Economist is pugnacious and slightly dated but wonderfully clear and witty. A perfect introduction to why economics can be such fun.

Although I am a fan of the Austrian School of economics, this selection is from a master in the Chicago School tradition. Landsburg teaches short yet powerful lessons using funny examples and memorable thought experiments. 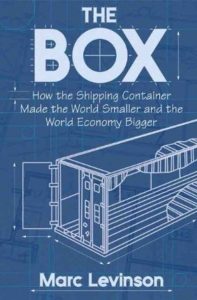 The Box: How the Shipping Container Made the World Smaller and World Economy Bigger by Mark Levinson

The Box: How the Shipping Container Made the World Smaller and the World Economy Bigger by Mark Levinson is not a book in economic theory. It is a historical reportage, focused on the development of the container, including the regulatory struggles which almost thwarted its success. This is a book on an apparently mundane topic, that forces us to look at innovations, how they succeed, how they are confronted, not in abstract term but in the concrete circumstances of history. Those among us with antiquary passions may enjoy Samuel Smiles’s biographies of great inventors, like his splendid “Men of invention and industry” (1884). Levinson’s book is as close as you can get to a contemporary equivalent of those. 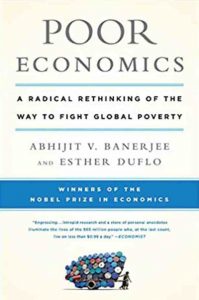 Poor Economics: A Radical Rethinking of the Way to Fight Global Poverty by Abhijit Banerjee and Esther Duflo

This book asks one of the most fundamental questions within economics, which is how to help poor people get richer. Economists Abhijit Banerjee and Esther Duflo describe results from “randomised control trials”, a way to uncover just how poverty-busting policies really are. Without them, they explain, it can be easy to make bad assumptions about what really helps the poorest, and even well-meaning interventions can have nasty consequences. Readers should come away with a sense of how economists marshall data and careful thinking to solve practical problems, as well as a thoroughly shaken set of assumptions about how the world works. 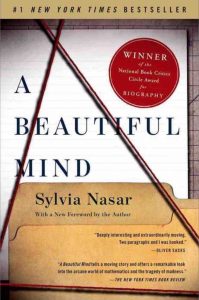 A Beautiful Mind by Sylvia Nasar

Game theory is an important branch of economics that has broad applications to conflict resolution, politics, and other practical areas. This biography by a journalist of the Nobel Prize-winning economist John Nash is a great introduction to this field. Nash’s pioneering work was in non-cooperative games, e.g., when players are in competition and there is no authority figure to oversee their interactions, which is often the case in real life. Nash suffered from paranoid schizophrenia which delayed recognition for his many contributions. His redemption forms the heart of this book and the movie that it inspired, starring Russell Crowe. Game theory is mathematical and difficult for beginners, so this biography is an accessible introduction to this field. Biographies can be a good entrée into a new subject, and this one would work well for beginners.

Thinking Strategically is the book that really made me fall in love with economics. Using economics to understand sport, business and even dating. 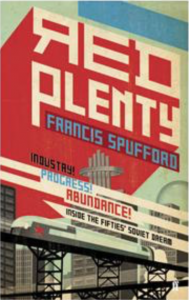 One great debate in the social sciences, in the 20th century, was the socialist calculation debate. An Austrian economist, Ludwig von Mises, in the early 1920s made the argument that socialism couldn’t work, as it got rid of private property in the means of production and therefore made price formation through by the bargaining in the market impossible. This leads to a terrible allocation of resources. After Mises started it, the debate was vivid and harsh and saw many a great economist taking sides and learning from each other.

Now that the Soviet Union had a planned economy is somewhat a vague memory and for most of the young people not even that.  “Red Plenty” by Francis Spufford is a beautiful collection of stories that highlight the nature of economic planning in Russia in the 1950s and 1960s, its leadership’s struggle to overcome the most obvious shortcomings and explain how they affected the common people’s everyday life. This novel is a beautiful read and has quite a few economic lessons for the readers. 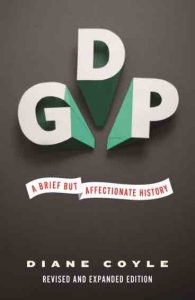 GDP: A Brief but Affectionate History by Diane Coyle

In this short and accessible book, Diane Coyle (see Diane Coyle’s reading list) delves into how one of the most commonly used measures of economic activity is constructed. It’s difficult to read much about economics without coming across a mention of GDP, or gross domestic product. This book explains what it does and does not measure, and in doing so highlights its value and its shortcomings. Readers should come away with an idea of just how hard it is to measure the economy, as well as a sense of how the way we choose to do it shapes the way we look at the world, and ultimately the policy choices our governments make.

What Has Government Done to Our Money? by Murray Rothbard

This short book combines history and economic theory. It explains to an American audience the source of inflation and the business cycle. The content is high-brow but Rothbard’s breezy style makes it feel like a true-crime story. 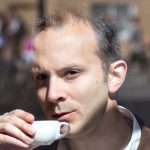 Tim Harford is a senior columnist for the Financial Times, a bestselling author and a broadcaster.  His books include The Undercover Economist, which is also the name of his FT column in which Tim shares economic ideas behind everyday experiences).  Tim is a believer that the power of economics can be used for good and has made his case in all of his speaking performances, including at TED and Sydney Opera House. 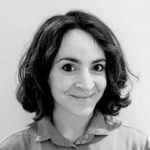 Soumaya is the US economics editor for The Economist. She also co-hosts a weekly podcast about the economics of trade policy called Trade Talks with Chad Bown of the Peterson Institute for International Economics. Soumaya did research on the public finances and pensions at the Institute for Fiscal Studies, an economic research institute. She has an M.Phil. and B.A. in Economics from Trinity College, Cambridge. 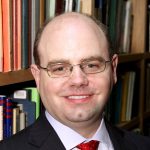 Robert Murphy is an economist, consultant and author. He is an economist with the Institute for Energy Research (IER) and a research fellow with the Independent Institute. Robert was a senior fellow in business and economic studies at the Pacific Research Institute. He is a senior fellow at the Ludwig von Mises Institute. Robert received a BA in economics at Hillsdale College in 1998 and a Ph.D. in economics at New York University in 2003. 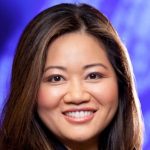 Linda Yueh is Fellow in Economics at St Edmund Hall, Oxford University, and Adjunct Professor of Economics at London Business School. Previously, she was Chief Business Correspondent for BBC News and host of Talking Business with Linda Yueh for BBC TV. On top of this, Linda was also the Economics Editor and anchor at Bloomberg TV. Her latest book is The Great Economists: How Their Ideas Can Help Us Today (US). 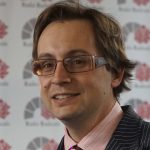 Alberto Mingardi is Director General of the Italian free-market think tank, Istituto Bruno Leoni. He is also an assistant professor of the history of political thought at IULM University in Milan. On top of that, Alberto is a Presidential Scholar in Political Theory at Chapman University. Alberto Mingardi is also an adjunct fellow at the Cato Institute. He blogs at EconLog.